An inspiring release from Gooderham and Wort embodying the story of William Gooderham’s humanitarian act of caring for eleven orphans during their voyage to Canada. Part of the 2018 Northern Border Collection Rare releases Corby brings to us an intricate and very satisfying Canadian Whisky. They have some how managed to blend a composition of Brasetto Rye, Rye, Rye Malt, Red Winter Wheat, Barley, Barley Malt and double distilled Corn all marrying together to create a symphony of flavor.

They have found a way to showcase the most desirable attribute of each grain, full in both body and flavour every step of the way.

NOSE – On the nose I get a spicy barbecued sweet corn, high-rye bourbon like scent similar to an Old Grand Dad or Basil Hayden’s. It’s a strong aroma finishing off with raisins, plums and some floral like notes. It presents itself a little differently each time it passes you nose though making it kind of hard to pin point some of its character.

PALATE – Less elusive than the nose, the palate’s complexity establishes itself with big flavour profiles from buttered Russian rye bread, rich oak and dark fruits to a pleasant finish of typical rye like baking spices and a coffee and cream like mouth feel.

FINISH – Along with those delicious creamy rye spices, was some bitter dried fruit, and a subtle sweetness resembling an almost honey nut cheerio (sweet, vanilla, and grainy) like presence.

This pour is artfully ingenious and perfectly represents the creativity and innovation taking place in the world of whisky today. The second time around I put a couple drops of water in which opened it up quite nicely without disturbing the rye too much. I am not usually a fan of adding water but this particular whisky takes it pretty well. Very impressed all around and looking forward to try the rest of the 2018 collection from Corby. I just hope that Gooderham & Worts gets the recognition they deserve globally for this release.

Nestled in the cold Alberta plains where rye is born, the next bottle to make our tasting line up is a Canadian masterpiece, Lot 40 Cask Strength, aged 11 years. This limited release cask strength is quintessentially Canadian and has become the country’s darling within the whiskey community. The 100% Rye, aged in new oak is once again receiving the highest of praise across the country and internationally. It’s 2017 predecessor is almost impossible to find only a year later and I can only assume this bottle will follow suit. Snag one while you can before its too late. I can’t stress enough how important it is to have a few home grown beauties like this on the shelf to demonstrate some nationalistic pride. Canada still occasionally punches in a high weight class but never seems to get the attention it deserves in the whisky community.

With Scotch and Bourbon as kings, Rye whisky seems to patiently sit in the back seat waiting for its opportunity to shine. Problem is though, there is a lot of rye out there that’s kind of flat and boring outside of their typical spiciness. This particular release by Lot 40 though is so full of flavour and wonderfully well crafted that once you have warmed up your palate with a couple sips and ease past the cask strength rye spice, your tongue will roll with pleasure.

NOSE – A big bold portrayal of its flavour bursting with overwhelming rye spices with hints of apple, butterscotch, and a slight smokiness.

PALATE – The spicy boldness increases as the aromas transition to a savory blend of cinnamon, vanilla, pepper and a strong oak influence emphasizing the strength of this expression.

FINISH – Leaving a lasting impression, the high proof is quite evident. The palate carries itself through the finish with less spice and a very slight trace of menthol as it dries out before finally fading out.

This whisky will not be for everyone and will impress the connoisseur more than the casual carouser. Cask Strength whiskies can be a lot to endure and this rye is one of the more boldest I have tried. Spicier and stronger than it’s 12 year predecessor that was bottled in 2016, the 2018 release is still something pretty special so I am looking forward to the continuation on this series. My personal rating was 8.5/10.

Ratings varied across the group for this one which was kind of expected. With a heavy scotch influence among the boys, not many of them frequent a bottle of good rye. Collective rating for the bottle is 7.3/10. 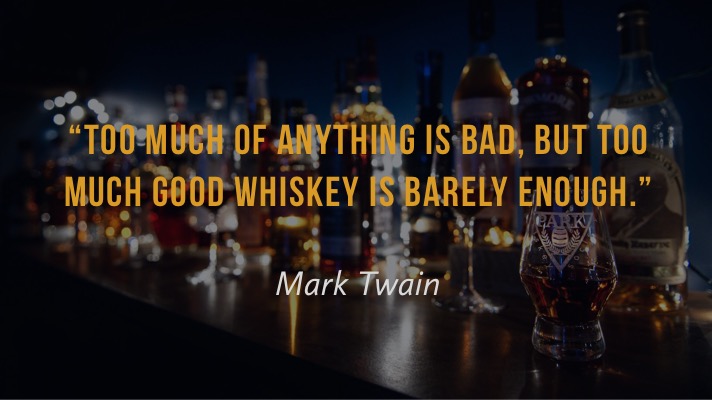